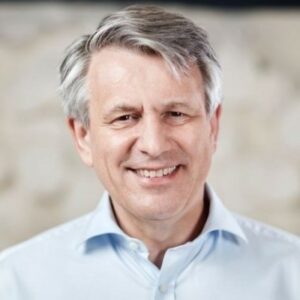 How does Shell respond to a court ruling in The Hague to reduce its carbon emissions even faster than planned? In this article, I set out how I believe we should rise to the challenge.

Should a court single out an energy company to reduce its carbon emissions? On Wednesday 26 May, the District Court in The Hague ruled that by 2030 Shell must reduce its net carbon emissions by 45%, compared to its 2019 level. And not just for its business in the Netherlands, but worldwide.

My first response was surprise. After all, Shell has set the pace in our industry by taking responsibility for reducing all our carbon emissions: not just those we produce ourselves, but also those produced when our customers use the energy products we sell, for example, to drive their cars, power their businesses and heat their homes. Over 90% of the emissions we are responsible for come from the use of the products we sell.

I also questioned the ruling and its implications. We are carefully reviewing the court’s judgment and the challenges it presents, and we expect to appeal. Some two weeks on, I still feel disappointed that Shell is being singled out by a ruling that I believe does not help reduce global CO2 emissions.

But, along with my colleagues, I feel something else: a determination to rise to the challenge.

If we look beyond this court case, it’s clear we all have the same goal – Milieudefensie (the Dutch wing of Friends of the Earth), who brought the case to court, Shell, and everyone else who cares about the future of our planet. We all know we must urgently tackle climate change and achieve the goal of the Paris Agreement for countries to limit global warming to 1.5 degrees Celsius. The court ruling has not changed the fact that Shell is more determined than ever to play its part and lead in this global challenge.

The court has said its decision applies immediately and should not be suspended pending an appeal. For Shell, this ruling does not mean a change, but rather an acceleration of our strategy. We have a clear target to become a net-zero emissions business by 2050, in step with society’s progress towards achieving the goal of the Paris Agreement. We have set rigorous, short-term reduction targets along the way to make sure we achieve net zero.

But now we will seek ways to reduce emissions even further in a way that remains purposeful and profitable. That is likely to mean taking some bold but measured steps over the coming years.

In April this year we published our detailed Energy Transition Strategy. And in May, we became the first energy company to put its energy transition strategy to a vote of shareholders at our Annual General Meeting. It won 89% support. We will give our shareholders a chance to vote on our progress every year. The court did not consider this because the hearing that led to the ruling took place several months before we published this strategy and, of course, before major investors demonstrated their support at the AGM.

Our strategy shows how we will expand on the billions of dollars we have already invested in lower-carbon energy over recent years, including providing our customers with electric vehicle charging, hydrogen, power from wind and solar energy, and biofuels. We believe our total absolute carbon emissions will come down from their 2018 level and that our oil production peaked in 2019.

Still, for a long time to come we expect to continue providing energy in the form of oil and gas products both to meet customer demand, and to maintain a financially strong company. We need this financial strength to keep attracting investment in Shell. So we can deliver the energy the world needs, invest in lower-carbon energy and support livelihoods in communities where we operate, as well as those of our customers, employees and contractors.

So, we have a pathway to become a net-zero emissions business, a detailed strategy to get there and actions that show we are on our way. But we need one more thing, now more than ever if we’re to accelerate our strategy. The energy transition is far too big a challenge for one company to tackle. No one country or even one continent could pull this off. We need to work together, with society, governments and our customers to achieve real, meaningful change in the worldwide energy system. And this change must address the demand for carbon-based energy, not just its supply.

To mention one, perhaps extreme scenario, imagine Shell decided to stop selling petrol and diesel today. This would certainly cut Shell’s carbon emissions. But it would not help the world one bit. Demand for fuel would not change. People would fill up their cars and delivery trucks at other service stations.

Society needs to take urgent action on climate change. But a court ordering one energy company to reduce its emissions – and the emissions of its customers – is not the answer. I believe Shell should work with our customers and their sectors to help them find their own pathways to achieve net-zero emissions. This will help grow demand for new low-carbon products. For companies to invest successfully, they also need bold, clear, and consistent government policies and regulations. Greater collaboration between governments, companies and customers will allow us and others to build up our low-carbon energy businesses in the fastest way.

Nevertheless, a court has ordered us to go even faster. Shell is a great company with a long history of rising to the most difficult challenges. We may disagree with this order, but we will continue to embrace the leading role we must play in helping to develop a low-carbon energy system. This is another challenge we will rise to.

This article first appeared on LinkedIn