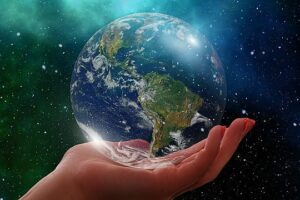 Yesterday, 28th of July, when 100 Food Ministers discussed transforming national food systems during the UN Food System Pre Summit, an international campaign is launched calling on 50 rich countries to raise prices for meat and dairy and reduce prices for healthy food. Between July 28 and November 1, organizations and companies can sign a letter that will be sent to presidents and ministers of 35 OECD countries and 15 other countries with the highest meat consumption in the world. This includes the US, European countries and Australia, as well as Brazil, China and Russia. This letter will be presented to world leaders during the UN Climate Change Summit in Glasgow from 1-11 November. The Carbon Pricing for Food Coalition, which supports this #futurefoodpricing initiative, is concerned about climate change and the lack of political decisiveness for taxing food with a high climate footprint and making climate-friendly food cheaper. Leaders of 50 countries are urged to look closely at a levy on meat and dairy. Public enquiries showed that a majority supports such taxes, if revenues are used in a clever way to compensate farmers and consumers.

The letter is a call for change, for a better future. The aim is to make world leaders and politicians acquainted with the benefits of a meat tax, a fair meat price. According to surveys, a majority supports this plan, if tax revenues are used to compensate consumers and farmers. The Open Letter is signed by organisations representing more than 2000 companies and non profit organizations from USA, Latin America, UK, Germany, Switzerland, Poland, the Netherlands and other nations. Examples of signatories are Triodos Bank, Blue Horizon (investors), Jeremy Coller Foundation, Proveg International, Brighter Green USA, Vegetarianos Hoy (Latin America), Albert Schweizer Stiftung, Buddhist Tzu Chi Foundation (global), Youth for Climate NL and Caring Farmers. They are calling on organizations in 50 countries to sign too. A media kit in 8 languages is available at https://futurefoodprice.org

Do you want to sign too? sent your logo to info@tappcoalitie.nl

About The Carbon Pricing Food Coalition

The Carbon Pricing for Food Coalition is an initiative of a number of companies and non-profit organisations working together across the world. This initiative wants to improve the contributions of the Paris Climate Agreement by implementing carbon tax pricing on food. This results in a reduced meat-intake which has benefits such as lower GHG-emissions and lower health care costs.