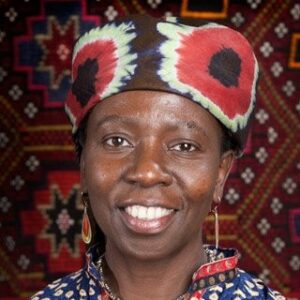 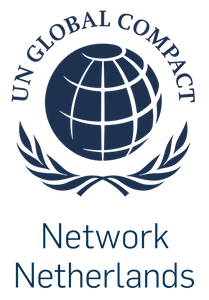 Female leaders and small companies are setting ambitious goals to increase gender diversity. Male leaders and big companies not so much writes Dr Musimbi Kanyoro, Board Member of the United Nations Global Compact and former President and CEO of the Global Fund for Women.

The COVID-19 pandemic has swept the globe, leaving almost nothing untouched. At the United Nations Global Compact, the dire and unprecedented challenges prompted us to ask how the crisis has had an impact on those who are frequently excluded from fully participating in the workplace, like women and indigenous peoples or those with disabilities or a sexual orientation that makes them a target of discrimination.

Partnering with Accenture, we talked to more than 1,100 CEOs and 1,300 business practitioners from every continent – in 113 countries across 21 industries. Our findings are published in our new report “Gender Equality, Diversity and Inclusion Spotlight.”

We found answers that bore out many of our biggest fears. While our research revealed businesses trying valiantly to get back on track, it also exposed failures that we call upon the global business community to address with urgency.

We learned that women in the workforce have suffered greater job losses than have their male counterparts as a direct consequence of the pandemic, reversing decades of progress.

Corporate efforts to equip workers with added skills, such as efforts to close the digital skills, were pinched by the pandemic, and CEOs told us they were forced to cut back on investments in local communities such as health initiatives or housing programs. More than half of the female CEOs we surveyed said limited financial resources ranked among the biggest barriers preventing their implementation of sustainability strategies, and nearly half said the pandemic reduced their budgets for sustainability.

Small and mid-sized companies have been inspirational, especially in addressing the gender gap. Companies with less than US$25 million in revenue are setting some of the most ambitious targets – four out of five are seeking greater than 30% women’s representation at the C-Suite and Executive Management levels.

But bigger businesses are falling behind. Only two-thirds of companies with more than $1 billion in annual revenues could make the claim to be seeking the same much-needed increase in women’s representation

Also, business leaders from those small companies are moving more quickly than larger companies to make change happen – 85 percent of the smallest companies are aiming to reach their women’s representation goals by 2021 to 2025. Again, only two-thirds of the bigger companies could make a similarly ambitious claim.

Female CEOs – more than men – are acknowledging just how much work needs to be done.  More than half of the women CEOs we surveyed said they agreed the pandemic has highlighted the need to transition to more sustainable business models.

Disappointingly, only a third of male CEOs made the same assertion. Also, more female CEOs than male CEOs told us they have adopted more ambitious sustainability milestones due to the pandemic.

Consideration for LGBTIQ+ communities is lagging significantly. Fewer than half the CEOs told us their company has expanded resources and protection efforts in the workplace.

While business leaders expressed an understanding of the need to build diversity and inclusivity, they are failing to back that up with genuine accountability from the top. Only about four in ten companies around the world said they had taken action to ensure their leadership is accountable to D&I targets or even announced publicly that they have such targets in their organization.

We call upon those who are failing to hold up their piece of the sky — big rich companies and male CEOs – to do so now. As one CEO told us: “It is during times of crisis that you see an organization’s true character. When things are tough you see whether an organization walks the talk or if the rhetoric is just lip service.”

The global pandemic has dealt us all an unprecedented blow. But as we recover, we cannot let the setbacks we have experienced define our attitudes, progress and hopes for the future. At the United Nations Global Compact, we know that companies have the will and the power – and must use it urgently to create a better world that respects, values and supports people of all kinds.