Commenting on the overall findings, Nicky Amos, Executive Director of BBFAW noted: “Company practice continues to show consistent year on year improvement. For example, 53% of companies now have explicit board or senior management oversight of farm animal welfare and 71% have published formal improvement objectives for farm animal welfare.  However, these encouraging findings on management processes are not matched by performance; for example, while just over half of companies report on the proportion of animals that are free from close confinement, only one in four companies covered by the Benchmark provides any information on the proportion of animals that are stunned prior to slaughter and only one in five companies reports on the live animal transport times.”

Dr Rory Sullivan, Expert Advisor to BBFAW noted: “Investors need to have confidence that companies are delivering the outcomes that they aspire to, in terms of improved farm animal welfare and in terms of better business risk management. The Benchmark exposes the gap between policies and performance, highlighting those companies whose governance processes work effectively and those whose governance processes are not fit for purpose in a world where farm animal welfare is an increasingly important driver of business value.”

Philip Lymbery, CEO at Compassion in World Farming commented: “The Benchmark and the investors supporting it have played a key role in keeping farm animal welfare firmly on the corporate agenda. As this year’s report shows, we need to ensure that this attention delivers real and concrete benefits for animals farmed for food.”

Steve McIvor, CEO World Animal Protection commented: “The Benchmark is a long-term change initiative. One of the most significant findings in this year’s report is that, of the 55 food companies that have been continuously included in the Benchmark since 2012, 17 (31%) have moved up one Tier, 20 (36%) have moved up two Tiers and 8 (15%) have moved up three Tiers. These improvements are even more striking given the tightening of the Benchmark criteria and the increased emphasis on performance reporting and impact over this time.”

The following Dutch companies are included in the benchmark:

Tier 3 (‘Established but work to be done’): FrieslandCampina

Tier 5 (”On the business agenda but limited evidence of implementation”): Ahold Delhaize (down 1 level) 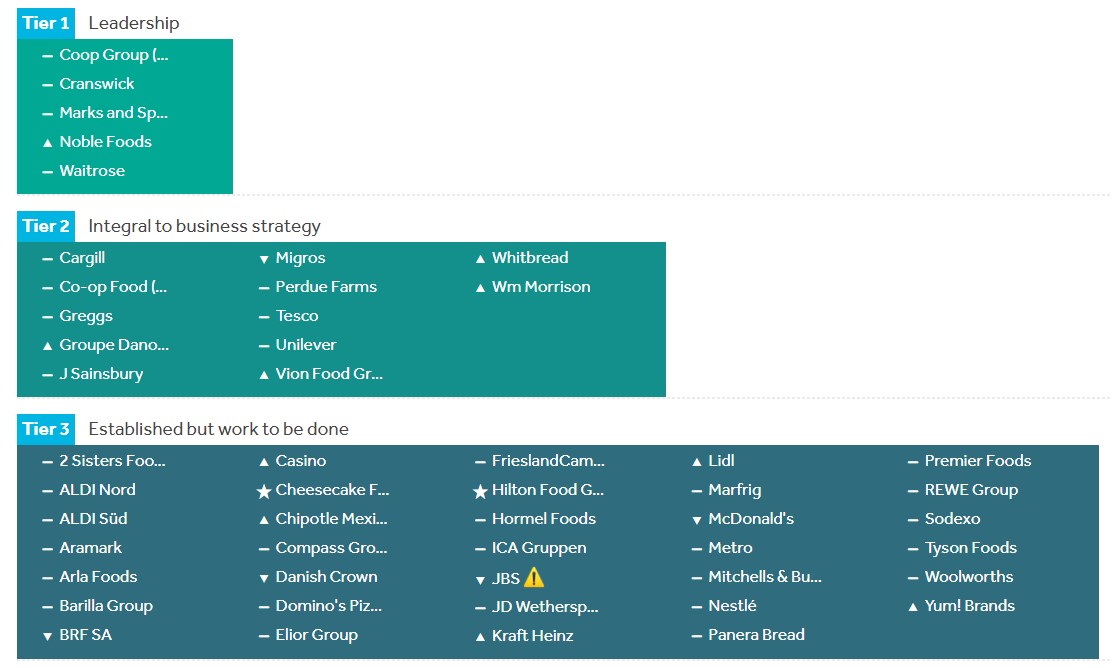 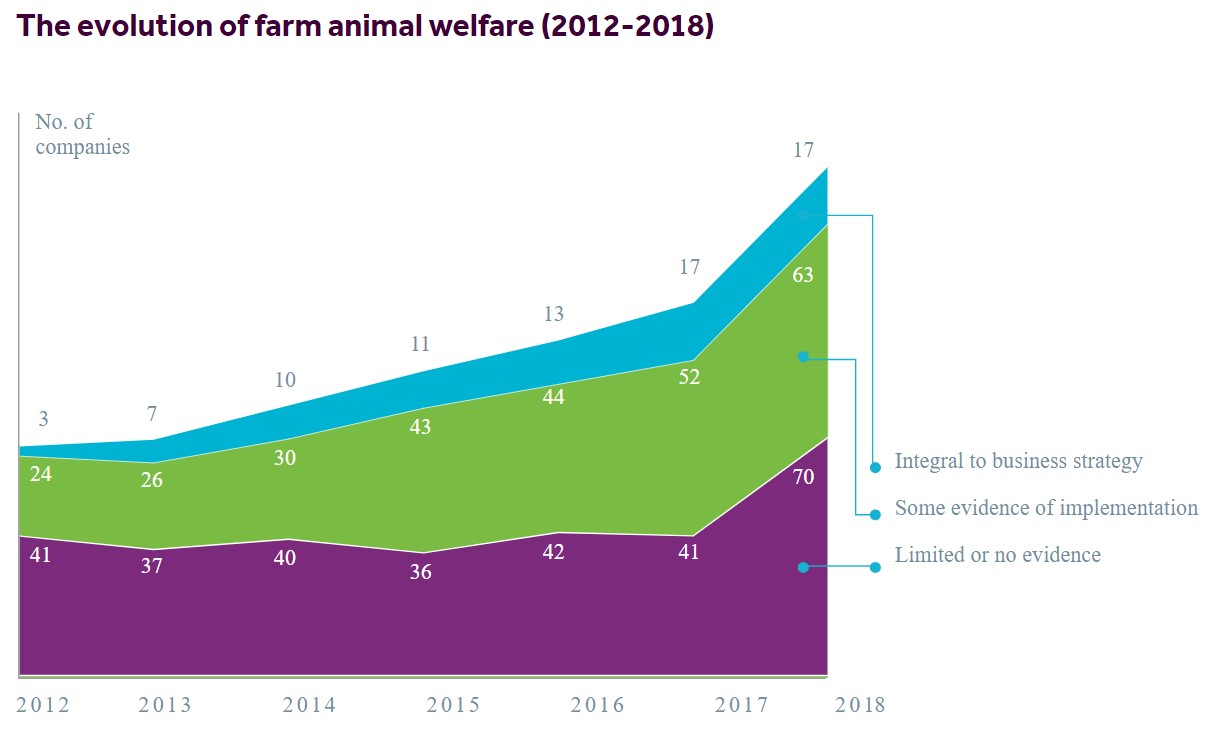