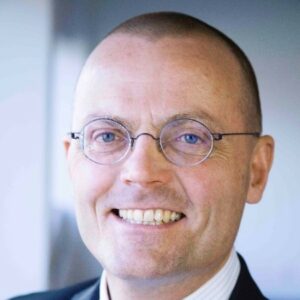 There are a lot of stakeholders involved in ESG reporting, the auditor is a crucial one. Auditors are playing an increasingly important role in facilitating ESG disclosure. To learn more about the profession and how it’s changing, Visma Connect spoke with Remko Renes, Assistant Professor of Corporate Governance at Nyenrode University.

Remko, can you tell us about yourself and your current roles?

My role is two-fold. I am an Assistant Professor at Nyenrode University. I teach Corporate Governance within the Accountancy program. I also conduct research on topics like financial reporting, corporate accountability and auditing.

Besides this, I am a Member of the Internship Council (Raad voor de Praktijkopleidingen) of the Royal Dutch Association of Accountants (NBA) and Chairman of the Exam Committee. The Internship Council is responsible for the practical experience assurance programme of all auditors and accountants in the Netherlands. The exam committee is responsible for the integrated final oral exam that determines whether accountants can start their practice, after they have graduated and passed their education (practical and theoretical). Those are my current roles and activities.

What do you want to achieve in these roles?

The Royal Dutch Association of Accountants is responsible for the education of future auditors. With every economic collapse or case of fraud, people ask “where were the auditors?” This often dominates the headlines in newspapers. It’s important that we address accountability in our programs.

I would say that in both of my roles my purpose is to make the world a better place, both as an educator and an auditor myself. I have a more sociological view on things. We are very privileged to have a job and a good education. Good auditors can contribute to this purpose too.

Yes and it’s important when discussing this topic that we focus on people and not just systems. Often, our conversations about auditing and accountability focus too much on systems and IT. For example, the Dutch newspaper Trouw recently published an article about a government IT system with privacy issues. This system is used at a social security agency and contains a lot of sensitive data. The newspaper found out that many municipality officers had access to the system – and to privacy sensitive data in it. It’s good to raise awareness about privacy. However, one thing I found problematic was that the article assumed that the system is bad because government officials can use it to access confidential information. Civil servants take an oath of integrity and confidentiality. So, this is not only an IT problem. You should be able to trust civil servants that take an oath. They must treat confidential information as confidential. If something goes wrong, it won’t be because of an IT problem but due to a cultural and organisational problem.

So rather than focusing so much on the IT side of things, and implementing technical controls, we also need to look at the human side (often named soft skills).

Another known example is the hospital in the Hague that was fined nearly half a million euros in 2019 for violating European Privacy Law. The officials and employees of this hospital were reprimanded for not having their privacy protections in order. About 85 people at the hospital had access to the patient files of a reality TV star when in fact they did not need them.

You cannot design a system that is perfect. Every system is as strong or weak as the people who work with it.

What is a well-governed business in your opinion?

This is not an easy question but I do have examples we can learn from. I have gained quite some insight and knowledge of the organisational processes within Royal Dutch Shell, as an auditor. I’m not an advocate of Shell but I am also not as critical as say, many NGOs. They are in the business of pumping oil, an essential ingredient in a lot of products we all use on a daily basis. What I learned from them is the notion of the “license to operate.”

In the times of Jeroen van de Veer, when he managed the refinery in Rotterdam, they were gearing up for a billion euro investment to overhaul these facilities. At the time, they changed their process from an internal-oriented to an external-oriented process focused on “dialogue – decide – deliver.” With my colleagues, we were auditing the triple bottom line process. These colleagues actually attended the stakeholder dialogues to see who was at the table, what the atmosphere was, etc. Their point of departure is openness. Accountability is important. Companies should not deny their roles and responsibilities, such as the pollution you provoke.