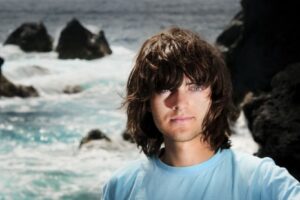 Boyan Slat, founder of the innovative The Ocean Cleanup initiative and Eminent Environmental Scientist Sir Robert Watson were announced Tuesday as winners of the UN’s top environmental accolade, the Champion of the Earth award.

The Inspiration and Action award, which has been won in previous years byBrian McClendon of Google Earth and Carlo Petrini, Founder of Slow Food, was awarded to Boyan Slat for his inspirational efforts to mobilize support to rid the ocean of marine litter.

Slat was still in secondary school when he came up with the idea of utilizing the natural ocean currents and winds to passively concentrate and transport floating plastic along solid floating barriers towards a central collection platform. According to the Ocean Cleanup’s recently published feasibility research, they estimate that almost half the Great Pacific Garbage Patch can be removed using this technology in ten years’ time.

It is hoped that The Ocean Cleanup initiative can contribute to ongoing worldwide efforts to tackle the escalating problem that widespread plastic waste is posing to marine life.

UN Under-Secretary-General and UNEP Executive Director Achim Steiner said, “The marine litter problem is global in scale and intergenerational in impact, exacting tremendous ecological, economic, and social costs around the world. According to UNEP research conservative estimates of the overall financial damage of plastics to marine ecosystems now stand at US$13 billion each year.”

“Boyan Slat is inspiring people, organizations and governments to find solutions to the escalating threat of plastic debris in our oceans, while also serving as a reminder to us all that more work needs to be done to improve the capacity of all countries to better manage solid waste and to make production and consumption patterns far more sustainable so that we produce less waste, and put less pressure on our increasingly degraded ocean.”

Slat has also been recognized as one of the 20 Most Promising Young Entrepreneurs Worldwide by Intel EYE50. Slat’s presentation at TEDxDelft 2012 has been viewed by over 1.6 million people and he has managed to raise over US$2 million through crowdfunding (with the support of over 38,000funders from 160 countries) to fund the next phase of The Ocean Cleanup initiative.

Boyan Slat said, “I’m incredibly excited and honoured to receive this award on behalf of everyone at The Ocean Cleanup, a team of more than 100 people worldwide. Although we are still several years away from implementing the technology, I’m truly grateful that our hard work is already being recognized. We’ll continue to do our utmost to fulfill the expectations, and initiate the largest ocean cleanup in history.”

Highly regarded as one of the world’s leading atmospheric chemists, Sir Watson has received multiple awards for his work, including the Award for Scientific Reviewing from the National Academy of Sciences in 1992, the American Association for the Advancement of Science Award for Scientific Freedom and Responsibility in 1993, the Asahi Glass Blue Planet prize in 2010 for promoting the science-policy interface, and in 2012, a knighthood for his service to the government of the United Kingdom.

Sir Watson played an important role in the regulation efforts of ozone depletion and global warming by aiding the process of developing and chairing unified assessments for Stratospheric Ozone depletion, and for the Intergovernmental Panel on Climate Change.  He also chaired the Board of Directors of the Millennium Ecosystem Assessment, and has testified to the US Congress on numerous occasions regarding global environmental issues.

Sir Robert Watson said, “To be here tonight with so many people who devote their lives to the welfare of this planet is truly an honour. As a scientist I have been so encouraged by the positive news that we are on track to have a restored ozone layer by the middle of this century. This award is testament to what can be achieved when scientists and policymakers collaborate to achieve common goals.”

Winners of UNEP’s 2014 Champions of the Earth Award include:

H.E. Tommy Remengesau, Jr. President of Palau; H.E. Susilo Bambang Yudhoyono, Sixth President of the Republic of Indonesia;Sir Robert Watson, eminent environmental scientist; Boyan Slat, Founder of The Ocean Clean-up Initiative and Mario Molina, winner of the Nobel Prize in Chemistry and a leading scientist behind the discovery of the hole in the ozone layer.

Winners will be honoured by UN Secretary-General Ban-Ki-moon and UNEP Executive Director Achim Steiner at an awards ceremony attended by UNEP Goodwill Ambassador Gisele Bundchen at the Smithsonian American Art Museum and National Portrait Gallery in Washington D.C. on 19 November 2014.