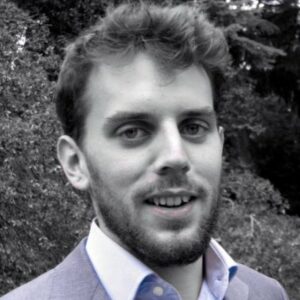 The B Corp movement is revolutionizing corporate law to unleash the power of business as a force for good and addressing the world’s most urgent social and environmental problems.

Why is there a need to revolutionize corporate law?

Due to legal provisions, case law and cultural expectations, companies are often expected to be run for the best interest of shareholders only. In this view, directors are required to manage the company in order to maximize profits, even at the expense of other stakeholders, such as employees, consumers, society at large, or the environment.

The underpinning idea, developed by the Chicago school of economics, is that by focusing on maximizing profits, companies will become more efficient, eventually benefiting society through innovation, taxes and the creation of jobs.

However, the reality is different than expected.

The effects of the 2008 economic and financial crisis (which many experts trace back to the short-termism of the shareholder model of corporate governance) are still visible: high levels of unemployment are present across all countries, inequality is rising to the levels of the 19th century, and the world is facing one of the most complex challenges ever experienced: climate change.

In these circumstances, the idea that corporations should be focused only on profit maximization is more and more being called into question. Both national, European, and international institutions have expressed the need for a different role of business in society.

The European Union, for instance, considers corporate social responsibility one of the key instruments to achieve the Unions’ 2020 objectives of a sustainable and inclusive economy.

The United Nations regards companies as fundamental allies to achieve the Sustainable Development Goals, and has adopted the Guiding Principles of Business and Human Rights which recognize that “the responsibility to respect human rights is a global standard of expected conduct for all business enterprises wherever they operate.”

Despite this growing recognition of the limits of the shareholder model of corporate governance, few alternatives have been put forward or implemented.

It is exactly in this gap that B Corps are leading the way.

There are more than 2000 B Corps operating across 50 countries in 130 industries. B Corps are for-profit companies which are redefining the meaning and the purpose of doing business. In addition to meeting the highest standard of verified social and environmental performance, B Corps are revolutionizing corporate law.

In fact, a fundamental step in order to become a Certified B Corp is the amendment of the company’s governing documents (the DNA of a corporation) to state expressly that the purpose of the company includes having a material positive impact on society and the environment as well as being financially profitable over time. Moreover, the governing documents need to state that directors are required to consider the impact of any action or inaction not only on shareholders, but also on employees, customers, investors, community and the environment, both locally and globally.

By embedding into their most important legal document a commitment to    pursuing the triple bottom line of profit, people and planet, B Corps are explicitly rejecting shareholder-value-maximization and adopting a more respectful, inclusive and sustainable approach in running the business. This shift provides directors the necessary flexibility to evaluate the impact of any decision on the relevant stakeholders and enables them to adjust their course of action accordingly.

This does not mean there is no standard or control on how B Corps pursue the triple bottom line approach: it is indeed required that B Corps assess their performance through the B Impact Assessment every two years and publish their results on the B Lab website.

For-profit or non-profit? For good.

This new approach to business might also be the lever to overtake the (not always beneficial) dichotomy between for-profit and non-profit entities, a divide often present in many European countries.

Schematically, we are led to consider for-profit companies as self-interested organizations, with no responsibilities towards a healthier environment, happier employees or a more inclusive society. On the other side of the spectrum, there are non-profit organizations whose main objective is usually the resolution of social and environmental issues, sometimes caused by those for-profit companies or the failures of the promises of capitalism.

This dichotomy is detrimental in so far as it legitimizes, or even incentivizes, companies to pursue solely their own interest, leaving the negative effects to be dealt with by non-profit organizations or the public sector.

However, B Corps are showing that it is possible to pursue profits with purpose and minimize any negative effects of the business or even create positive solutions for all stakeholders and beneficiaries.,

When the B Corp movement began 10 years ago in the United States, companies experienced first-hand the limits that corporate law imposed on their social and environmental objectives. For many companies it was not possible to amend the articles of association in order to include a triple bottom line approach to business. The law of the land was that companies should be run for the best interest of shareholders.

This did not stop B Lab’s view on supporting a new role for business in society. Now 31 US States have passed legislation recognizing a new legal form called a Benefit Corporation, which has already been adopted by more than 4500 companies.

With regard to corporate law, generally, European countries have a more flexible approach than the US. Certain countries, such as Germany or the Netherlands, already consider corporations as institutions where the needs and the interests of different stakeholders meet. In others, as for instance Spain or France, although company law is framed in shareholder perspective, it also allows corporations to pursue social and environmental objectives.

Despite this, sometimes even the old continent company law turns out to be too narrow for B Corps’ objectives, and needs to be changed. This is the case of Italy, where at the end of 2015 the Parliament adopted legislation recognizing an equivalent of the Benefit Corporation, named “Società Benefit”, which has now been adopted by dozens of companies.

Whichever country is considered though, there still remains unclarity regarding the purpose of corporations and to what extent important aspects other than financial return can be taken into account. For instance, is it possible for directors to go against the economic interest of shareholders to pursue the triple bottom line? Can shareholders hold directors accountable not to consider other stakeholders’ interests?

While these questions remain, B Corps have taken up the mantle and are considered pioneers of a societal and legal transformation. They have undertaken a long-lasting journey to revolutionize the role of business in society.

This means B Corps are walking the talk, namely operating in a constant balancing of all relevant stakeholders aiming at creating a positive impact for society and the environment. It also entails adopting innovative models of corporate governance and supporting this movement’s effort to change the law, when its restraints prevent a business pursuit of a triple bottom line.

As for every journey, we know where we start from and where we want to go. The B Corp movement is leading the way towards that destination.

In support of this path, B Lab Europe in collaboration with ESELA (European Social Enterprise Law Association) has launched the B Lawyers Group with the aim of gathering lawyers and legal experts to deepen the investigation about company laws in Europe and its interplay with B Corps’ legal transformations.

At the same time, B Lab Europe calls for a broader partnership between businesses, policy makers, legal experts, academia and civil society to drive the change we seek and need.