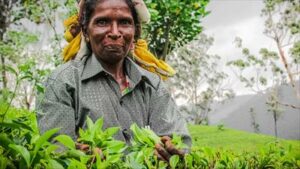 The figures show that Unilever is now delivering more social and environmental benefits in more parts of the world through the Unilever Sustainable Living Plan (USLP). The USLP was launched in 2010 – setting ambitious targets to decouple Unilever’s growth from its environmental impact, while increasing the company’s positive social impact. Today, Unilever is on track to meet around 80% of its commitments, which include improving health and wellbeing for 1 billion people, reducing environmental impact by half and enhancing livelihoods for its millions of employees, suppliers and retailers.

The company is now looking beyond its ULSP targets by carrying out its largest ever listening exercise on the future of sustainable business. Over 40,000 employees responded to the ‘Have Your Say’ project, setting out their views on the priorities that they would like Unilever to focus on and what future success would look like. The results will be used to co-create Unilever’s future agenda.

Paul Polman, Unilever CEO said: “Ever since we launched the USLP in 2010 we have reported openly on our progress. We have made great strides in meeting many of the ambitious targets we set ourselves and the fact that our sustainable living brands are continuing to deliver growth shows that this is a business model that works.

“We also want to be transparent about how much more there is still to do. This is critical because transparency is what gives our business its most important asset – trust. At a time when there is a crisis of trust in many institutions across the world, there has never been a more important time for business to play a leading role in restoring it.”

More detail on the progress of the Unilever Sustainable Living Plan can be found online. Highlights include: