FT-Statista’s ‘Europe’s Climate Leaders 2022’  recognises the top 400 of around 4,000 companies across Europe that achieved the highest reduction in core greenhouse gas (GHG) emissions intensity – emissions relative to revenue – between 2015 and 2020. The second edition of the Financial Times-Statista list of Europe’s Climate Leaders appears at a time when companies are being pushed to raise their game even further on climate change. Logitech tops the list this year.

This year’s FT-Statista Climate Leaders list attempts to reflect the tougher environment by tightening the rules for the biggest greenhouse gas emitters. As in the inaugural edition, the 400 companies are those that achieved the greatest reduction in their Scope 1 and 2 greenhouse gas (GHG) emissions intensity over a five-year period — 2015-20 this time. Scope 1 and 2 emissions — “core emissions” in the table — come respectively from a company’s own operations and from generating the energy it uses, while intensity is defined as tonnes of emissions of CO2-equivalent per €1mn of revenue. However, for those businesses whose annual core emissions exceeded 2mn tonnes, a rating of at least A- from environmental performance monitor CDP was mandatory. The editors also reserved the right to exclude companies whose broader environmental record — on non-GHG pollution, for example, or deforestation — was sufficiently disputed to undermine any claim to be a “climate leader”. 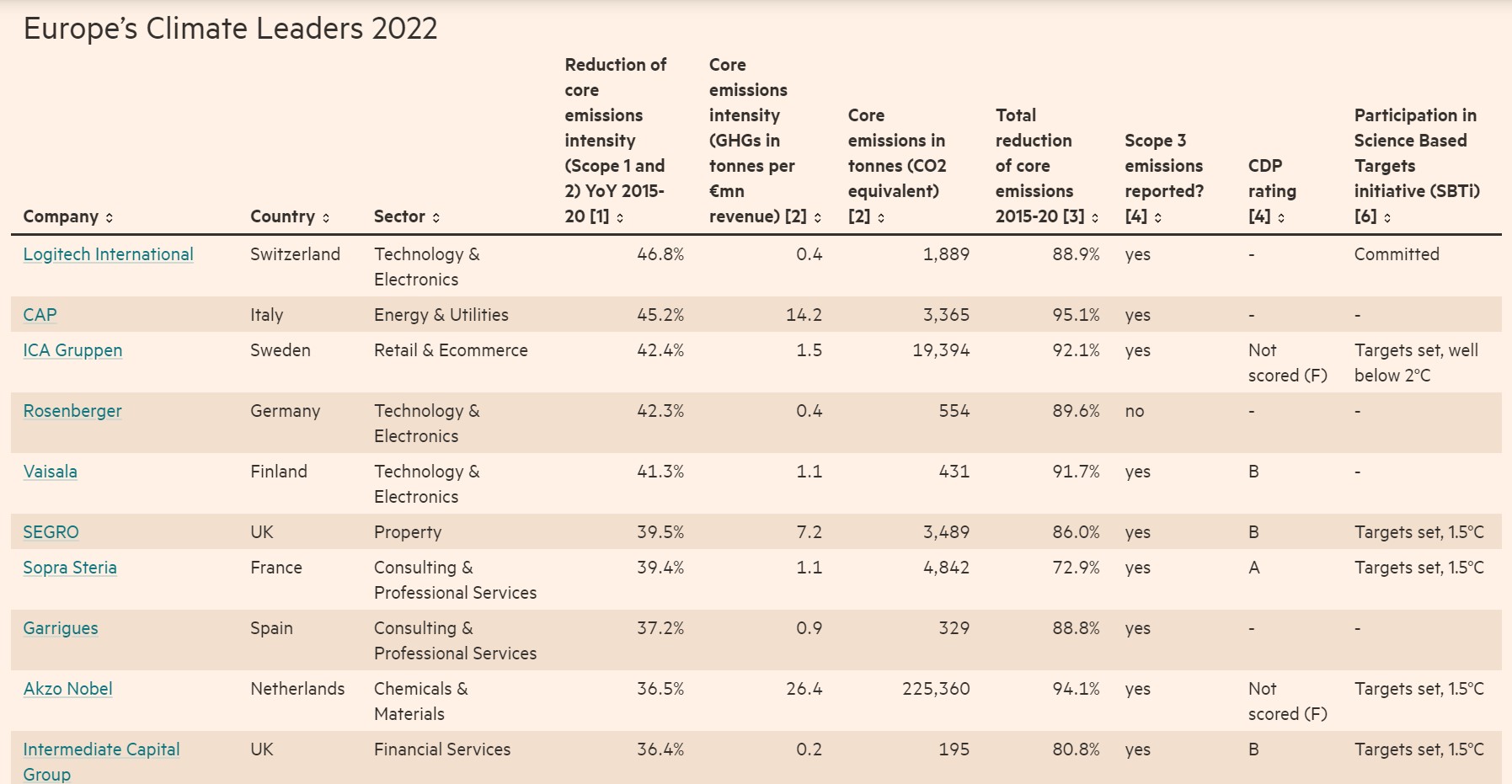