Can business fill the political void?

The COP27 climate talks in Sharm el-Sheikh were a missed opportunity. The pledge to keep global temperature rises under 1.5 degrees is just about alive, affirmed by G20 leaders in Bali–but there’s no clear plan to deliver it.

The Sharm deal doesn’t include a commitment to phase out all fossil fuels or any guarantee that emissions will peak by 2025. Current national carbon reduction targets get us closer to a devastating three-degree rise. A powerful group of blockers–mainly oil-rich governments and companies–were out in force.

There were bright spots. By creating a new fund for “loss and damage,” rich countries are finally taking some financial responsibility for producing most of the emissions already causing mayhem in poorer countries. This is a significant breakthrough for a multilateral system dangerously low on trust. Let’s hope the money follows.

More governments committed to methane cuts. Enhancing nature and reforming food systems were formally recognized as part of the climate fight. And tighter were proposed to avoid greenwashing.

However, the urgency of the crisis is clearly still lost on many of our political leaders. Collectively, they are failing to deliver the ambition and action on which our planet and future depend. This situation is not going to magically improve. Next year’s COP28 will be held in the oil-rich United Arab Emirates–and will be just as easily hijacked.

There will be no great superpower pact to save us: despite diplomatic baby steps between Washington and Beijing, their cooperation will be limited as long as Russian tanks are in Ukraine and America fears for Taiwan’s security. Even with the U.S., Australia, and Brazil back at the table, ongoing troubles in the global economy and high inflation threaten to push global warming down domestic agendas (even though tackling climate change is the best way to stabilize energy and food prices).

Business literally can’t afford to sit back and wait for politics to get its act together. Climate isn’t just an environmental issue: it’s the economy, stupid. Extreme floods, heat waves, wildfires, and hurricanes cost billions. They send impoverished nations further into debt, while crippling supply chains, disrupting global trade, and destroying the labor force. Whether you are a C-Suite executive, an investor, or the WTO, you have a major interest in getting the world onto a more stable path. There are tremendous gains waiting for those who move quickly. The shift to a low-carbon economy can add trillions of dollars to global growth each year, and create millions of jobs.

Even as politics stalls, business can still push ahead. Beyond companies getting their own houses in order, there are three immediate things business leaders can do.

The first is advocating for much-needed reform of our global financial architecture. The idea that we will need a Marshall Plan-style intervention to finance the shift to a greener economy is starting to gain traction. CEOs can help bring it into the mainstream.

The fringes of Sharm saw much discussion of Barbados Prime Minister Mia Mottley’s Bridgetown Agenda, which calls for climate to be fully integrated into the mandates of the post-WW2 Bretton Woods institutions, which would dramatically increase the resilience and capacity of the Global South.

Professor Lord Stern has calculated that, if developed countries significantly increase grants and low-interest loans through expanded aid, it could attract $1 trillion of private investment to help finance the transition. Such proposals warrant urgent investigation–and business can demand it.

Second, senior executives can do more to lead vital partnerships for change. Across industry, government, and civil society, we will have to collaborate on climate in ways we never envisaged. It’s starting to happen–and it’s time to ramp up the speed and scale of collaboration.

In Bali, we helped launch the Global Blended Finance Alliance, including the biggest ever single climate transaction, which mobilizes $20bn from governments and private finance to support Indonesia’s effort to close coal mines and peak its emissions early.

Led by the Rockefeller Foundation (where I sit on the board) another coalition of investors, entrepreneurs, and public officials will bring clean energy to 1 billion people, including many in Africa.

And business and farmers aim to dramatically scale regenerative agriculture and improve livelihoods within seven years through the Regen10 initiative.

Third, is bringing more young people to the table, fast. The young activists I met in Sharm were sharp, determined, and sick of being patronized. They are powerful–as employees and consumers, as our sons and daughters, as the next generation of leaders, and as voters. Many are frustrated with the political process and look to the private sector to empower them in a new, intergenerational alliance that has an impact on the real economy. Here too, business can act: put them on boards, on panels, in leadership positions, and in every room where decisions affecting their futures will be taken.

There’s no need to feel hopeless–but we must recognize that our politics is failing to deliver vital climate action. We must find other ways to close the ambition gap, get the money moving, get business driving urgent coalitions, and make sure young people are firmly in the driving seat. Then, it will be up to politics to catch up.

This article originally posted on Linkedin by Paul and on Fortune.com

Paul will be keynote speaker on Purpose Day XL: ‘The Road to Net Positive’, 18 april 2023 in Bussum, The Netherlands! 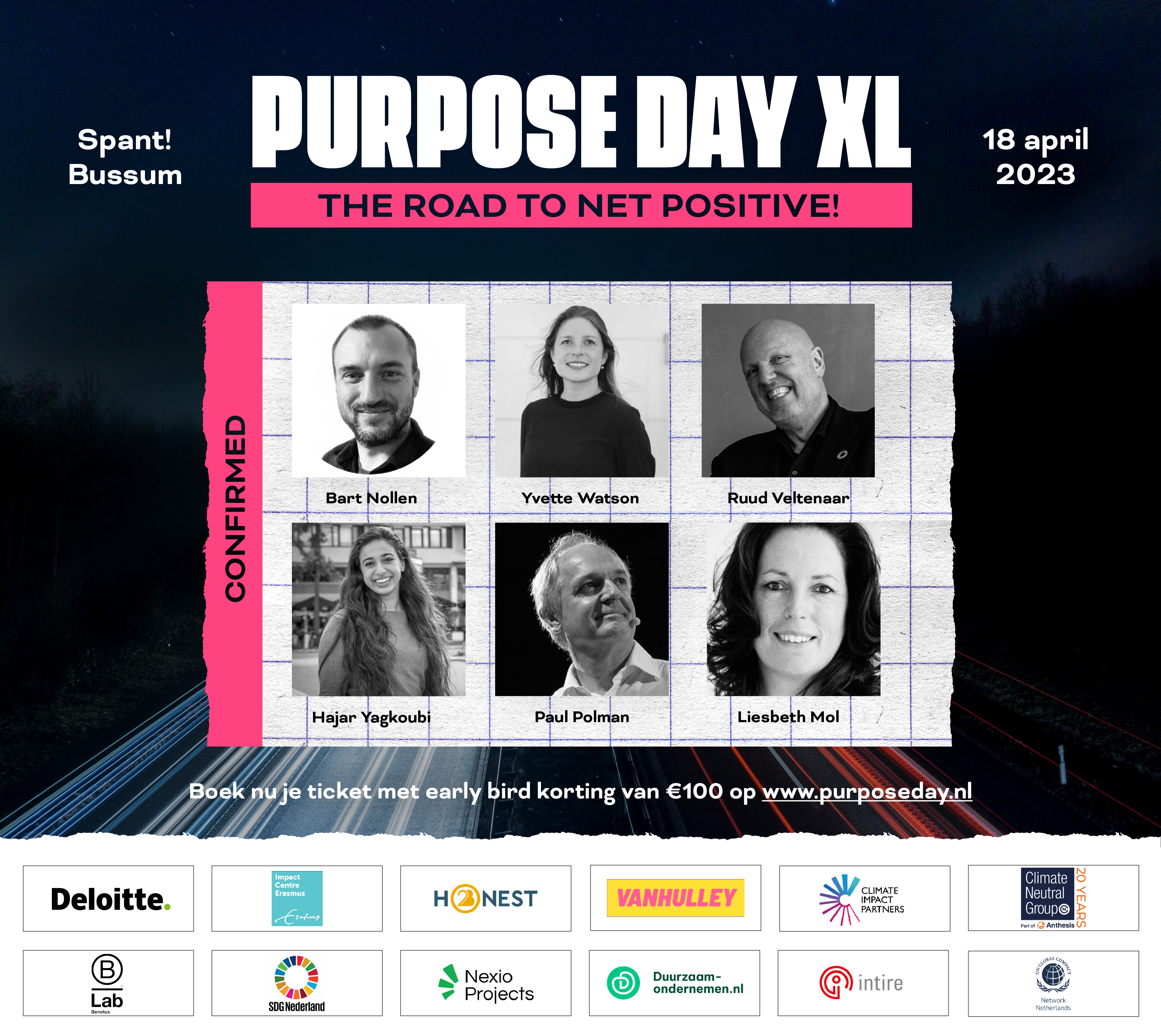