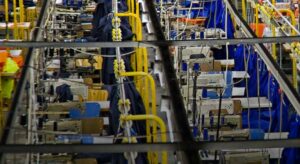 Governments are increasingly scrutinizing human trafficking and forced labor abuses in private sector operations. In addition to the moral imperative to address these abuses, businesses should be on alert given the significant disruptions in supply chains that government regulation may cause, resulting in potential economic, legal, and/or reputational harm. Apparel, food and beverage, technology, and financial services companies in particular should closely monitor and prepare for global regulatory developments.

The U.S. Customs and Border Protection (CBP) has utilized Withhold Release Orders (WRO) to suspend the importation of goods at a U.S. port of entry when the agency has reasonable evidence of the use of forced labor in the manufacturing or production of a good entering the U.S. supply chain. The onus is then on the importer to demonstrate to the U.S. government that the good was not made with forced labor. In the last two years, the CBP has ramped up its use of this enforcement tool, issuing 13 WROs across multiple industries in 2020 alone.

While the CBP has welcomed the public to submit information on merchandise that could be considered for a WRO, there has been limited visibility on submissions until now. In February 2021, anti-trafficking organization Liberty Shared submitted two petitions to the CBP concerning the use of forced labor in the supply chains of the apparel industry in Leicester, UK and of Boohoo, PLC.

Companies which have identified forced labor as a supply chain risk should be conducting ongoing human rights due diligence to identify, assess, and mitigate potential or actual risks of forced labor, engage in meaningful dialogue with rightsholders, and ensure their grievance mechanisms are working.

2. Companies should prepare for increased regulation and withholding of products sourced or manufactured in Xinjiang, China.

Reports have described the mass internment and surveillance of over a million ethnic Muslim minorities in Xinjiang, China. News sources detail how Uyghurs and other minorities are being forced to work in factories that produce raw materials and goods which are shipped throughout China and around the world. Reports have also documented the capital provided to Chinese technology companies by financial institutions and private equity firms to support the mass surveillance of Muslim minorities. Industries implicated in these reports include food and beverage buyers, pharmaceutical companies, apparel brands, and technology and renewable energy companies.

In response to these findings, the U.S., Canada, and UK have all published advisories for companies doing business in or with links to Xinjiang. The U.S. has also passed a Uyghur Human Rights Policy Act, issued sanctions, and banned the entry of goods allegedly produced by forced labor in Xinjiang. The EU is considering implementing sanctions as well.

Companies should map business activities and business relationships with suppliers, customers, and end users of products in China and conduct due diligence on business relationships to ensure that they are not working with entities that are involved in aiding human rights abuses. With business challenges related to Xinjiang unlikely to disappear in the short term, companies should work with third parties such as NGOs, industry associations, and business associations to better understand the human rights situation, and they should also craft and pilot traceability measures in collaboration with peers. See guidance from the CBP on best practices here.

In response to calls from business leaders, civil society, and legislators to strengthen the UK Modern Slavery Act, the UK government in September 2020 announced proposals that would require businesses to report against each of the six reporting areas and would make approval and sign-off requirements more stringent. In September 2020, the New South Wales government signaled its intent to enact a Modern Slavery Act (NSW MSA), which would include a provision to require more entities across Australia to submit a modern slavery statement by lowering the national reporting threshold from AU$100 million to AU$50 million. In addition, the NSW government indicated its position to levy financial penalties for breaches of the Act. A modern slavery disclosure bill was also introduced to Canada’s Senate in October 2020. While sharing similarities with Australia, California, and the UK’s disclosure legislation, Canada’s bill could be the first to allow personal liability for directors and officers for non-compliance.

Businesses subjected to the UK Modern Slavery Act should be prepared to report against the proposed requirements. Companies that are not captured under an existing legislative scheme should at minimum understand where human trafficking risks may be present in their supply chain and proactively take prevention measures. As more governments enact modern slavery acts, more robust legislation on supply chain due diligence is on the horizon.

4. Companies should be aware of heightened scrutiny of illicit financial flows linked to human trafficking.

There have been some signals suggesting that companies with weak compliance systems to capture proceeds associated with human trafficking may be the subject of future attention by government authorities.

For example, in July 2020, Deutsche Bank was fined US$150 million by the New York State Department of Financial Services for failing to maintain an effective and compliant anti-money laundering program related to client Jeffrey Epstein, his sex trafficking enterprise, and correspondent banks. In September 2020, Australia’s financial intelligence agency, AUSTRAC, reached a AU$1.3 billion settlement agreement with Westpac Banking Corporation for facilitating transactions that enabled child exploitation in the Philippines.

This article is first published on the BSR website