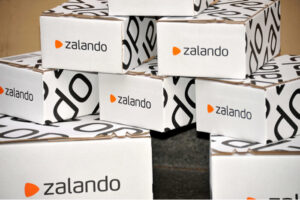 Zalando SE, Europe’s leading online platform for fashion and lifestyle, announced this week its science-based targets (SBTs) in order to reduce greenhouse gas emissions in line with the 1.5 C Paris Agreement figure. By 2025, the company will reduce its operational carbon emissions by 80 percent and carbon emissions coming from the production of private label products by 40 percent relatively. In order to reach beyond its own operations and positively impact the entire value chain, Zalando commits to having 90 percent of its key partners set science-based targets to reduce carbon emissions themselves.

Zalando is the first platform worldwide to set science-based targets and have them approved by the independent organization, the Science Based Target initiative, which assesses companies’ targets and ensures that they are in line with the Paris Agreement. Due to the company’s platform model and scale, the commitment to the targets has the potential to affect a large share of the fashion industry and the majority of Zalando’s partners.

“Having our science-based targets approved is an important milestone for our sustainability strategy. We believe there is a clear link between sustainability and continued commercial success in selling fashion online,” says Kate Heiny, Director Sustainability Zalando SE. “The global coronavirus situation has shown us how flexible and fast the economy can be when change is needed, and this should be used as a blueprint when it comes to sustainability. Now is the time for a clear sustainability strategy and ambitious goals. As a platform we want to do more and thus did not limit our science-based targets to our own business, but will join forces with our partners.”

Setting SBTs is part of Zalando’s mission to have a net-positive impact for people and the planet, communicated first in Zalando’s new “do.MORE” sustainability strategy in October 2019. The company works on various initiatives in different business areas in order to reach its carbon reduction targets. Zalando will power all sites (office buildings and fulfillment centers) with electricity from renewable sources such as solar panels. Additionally, Zalando will become 10 percent more energy efficient by retrofitting existing warehouses and will operate all new fulfillment centers in a carbon-neutral way. Private label products will be made from more recycled materials to further help reduce carbon emissions. Finally, to have a positive impact on the entire value chain, 90 percent of Zalando’s partners, including fashion brands, packaging and last-mile-delivery partners, will implement science-based targets by 2025.

SBTs are a set of goals developed by companies to reduce greenhouse gas emissions and avoid drastic consequences ranging from extreme weather patterns to severe natural catastrophes. They are defined as science-based if they are in line with the scale of reductions required to limit global warming to 2 C and pursue efforts to limit global warming to 1.5 C compared to pre-industrial levels.

2. Zalando commits to reduce scope 3 GHG emissions from private label products by 40% per €m Gross Profit by 2025 from a 2018 base year. Zalando also commits that 90% of its suppliers (by emissions covering purchased goods and services sold on its platform, packaging and last-mile-delivery partners) will have science-based targets by 2025.