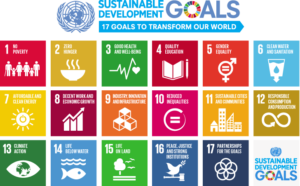 The UN Secretary-General has issued the 2017 Sustainable Development Goal (SDG) progress report, providing an overview of global progress towards the 17 SDGs on the basis of the latest available data related to the global SDG indicator framework. The report notes that tracking progress on the SDGs requires an unprecedented amount of data and statistics at all levels.

The SDG indicator framework upon which the report is based was developed by the UN Inter-Agency Expert Group on SDG Indicators (IAEG-SDGs). In March 2017, the 48th session of the UN Statistical Commission (UNSC) agreed on the framework, and the UN Economic and Social Council (ECOSOC) adopted it on 7 June 2017. The report is based on a selection of the global indicators for which data were available as of April 2017. For most indicators, the report notes, values represent global, regional and subregional aggregates calculated from data from national statistical systems, compiled by international agencies.

On SDG 1 (no poverty), the report notes that the global poverty rate has been halved since 2000, but more efforts are required to boost incomes, alleviate suffering and build resilience for individuals that still live in extreme poverty, in particular in sub-Saharan Africa. It also calls for social protection systems to be expanded and for risks to be mitigated for disaster-prone countries.

On SDG 2 (zero hunger), the report notes advances on combatting hunger and malnutrition since 2000. It calls for continued and focused efforts to end hunger, food insecurity and malnutrition, especially in Asia and Africa, and for more investments in agriculture, including government spending and aid.

On SDG 3 (good health and well-being), the report concludes that “impressive advancements” have occurred on many health fronts, but progress must be accelerated, in particular in regions with the highest burden of disease. Based on available data from 2005 to 2015, it finds that about half of all countries (including almost all of the least developed countries) have fewer than one physician and fewer than three nurses or midwives per 1,000 people.

Advancing toward SDG 4 (quality education) will require increasing efforts, the report notes, especially in sub-Saharan Africa and Southern Asia and for vulnerable populations, including persons with disabilities, indigenous people, refugee children and poor children in rural areas. It indicates that Sub-Saharan Africa and Southern Asia account for over 70% of the global out-of-school population in primary and secondary education. It also shows that in all countries with data, children from the richest 20% of households achieved greater proficiency in reading at the end of their primary and lower secondary education than children from the poorest 20% of households.

On SDG 5 (gender equality), the report states that gender inequality persists worldwide, and achieving gender equality and the empowerment of women and girls will require legal frameworks to counter “deeply rooted gender-based discrimination.” It notes that female genital mutilation (FGM) has declined by 30% over the last three decades, while the average amount of time spent on unpaid domestic and care work is more than threefold higher for women than men.

On SDG 6 (clean water and sanitation), over 90% of the world’s population used improved drinking water sources, the report finds, and over two thirds of the world’s population used improved sanitation facilities in 2015. In both cases, people without access live predominantly in rural areas. The report also indicates that more than two billion people globally are living in countries with excess water stress (defined as the ratio of total freshwater withdrawn to total renewable freshwater resources above a threshold of 25%).

The report calls for countries to embrace new technologies on a much wider scale, to achieve energy access for all.

Progress on SDG 7 (affordable and clean energy) falls short of what is needed to achieve energy access for all and to meet targets for renewable energy and energy efficiency, according to the report. It calls for higher levels of financing and bolder policy commitments, and for countries to embrace new technologies on a much wider scale.

In its conclusions for SDG 8 (decent work and economic growth), the report outlines that: the average annual growth rate of real gross domestic product (GDP) per capita worldwide was 1.6% from 2010 to 2015, compared to 0.9% in 2005-2009; global unemployment rate stood at 5.7% in 2016, with women more likely to be unemployed than men across all age groups; and child labor remains a serious concern, even though the number of children from five to 17 years of age who are working has declined, from 246 million in 2000 to 168 million in 2012.

On SDG 9 (industry, innovation and infrastructure), the report states that the LDCs will need renewed investment to build infrastructure and ensure the doubling of industry’s share of GDP in those countries by 2030, despite steady improvements in manufacturing output and employment. It also shows that official development assistance (ODA) for economic infrastructure in developing countries reached US$57 billion in 2015, an increase of 32% in real terms since 2010. The main recipient sectors were transport and energy, at US$19 billion each.

The report says progress has been mixed on SDG 10 (reduced inequalities). It calls for strengthening the voices of developing countries in decision-making fora of international economic and financial institutions, and remarks that the benefits of remittances from international migrant workers are reduced by the generally high cost of transfer.

On SDG 11 (sustainable cities and communities), the report concludes that the world has experienced unprecedented urban growth in recent decades, with 54% of the world’s population living in cities in 2015. It adds that better urban planning and management are needed to make the world’s urban spaces more inclusive, safe, resilient and sustainable.

Global figures for SDG 12 (responsible consumption and production) point to worsening trends, with domestic material consumption increasing from 1.51 kg to 1.73 kg per unit of GDP from 2000 to 2010, and the total of domestic material consumption also rising during the same period (from 48.7 billion tons to 71.1 billion tons). The report recommends adopting strong national frameworks for sustainable consumption and production (SCP) that are integrated into national and sectoral plans, and sustainable business practices, and to adhere to international norms on the management of hazardous chemicals and wastes.

On SDG 13 (climate action), the report indicates that as of 20 April 2017, seven developing countries had successfully completed and submitted the first iteration of their national adaptation plans. On disaster risk reduction (DRR), it reports that the number of deaths attributed to natural disasters continues to rise, despite progress in implementing DRR strategies, and strong efforts are needed to build resilience and limit climate-related hazards and natural disasters.

Among its observations on SDG 14 (life below water), the report states that global trends point to continued deterioration of coastal waters owing to pollution and eutrophication. In addition, the proportion of world marine fish stocks within biologically sustainable levels has declined from 90% in 1974 to 68.6% in 2013, but the trend has slowed and appears to have stabilized. The report finds that marine protected areas (MPAs) are important mechanisms for safeguarding ocean life, when effectively managed and well resourced.

On SDG 15 (life on land), the report concludes that the pace of forest loss has slowed and improvements continue to be made in managing forests sustainably and protecting areas for biodiversity. However, declining trends in land productivity, biodiversity loss and poaching and trafficking of wildlife remain serious concerns.

On SDG 16 (peace, justice and strong institutions), progress in promoting peace, justice, and effective, accountable and inclusive institutions remains uneven across and within regions, the report says. It shows an increase in violent conflicts in recent years, a slow decline in homicides, and better access to justice for more citizens around the world, adding that a few high-intensity armed conflicts are causing large numbers of civilian casualties.

On SDG 17 (partnerships for the Goals), the report provides observations on finance, information and communications technology (ICT), capacity building, trade, systemic issues, and data, monitoring and accountability. It notes that in 2014, developing countries received US$338 million in financial support for statistics, which accounted for only 0.18% of total ODA. To meet the data requirements of the SDGs, the report says, developing countries will need an estimated US$1 billion in statistical support annually from domestic and donor sources.