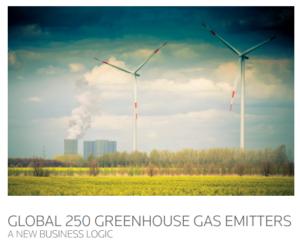 The world’s 250 biggest listed companies account for a third of all man-made greenhouse gas emissions yet few have strong goals to limit rising temperatures, a study showed on Tuesday. Coal India, Gazprom and Exxon Mobil topped the list when measuring carbon dioxide emitted by companies and by consumers using their products, it said. Royal Dutch Shell ranks on place 9 on the list. 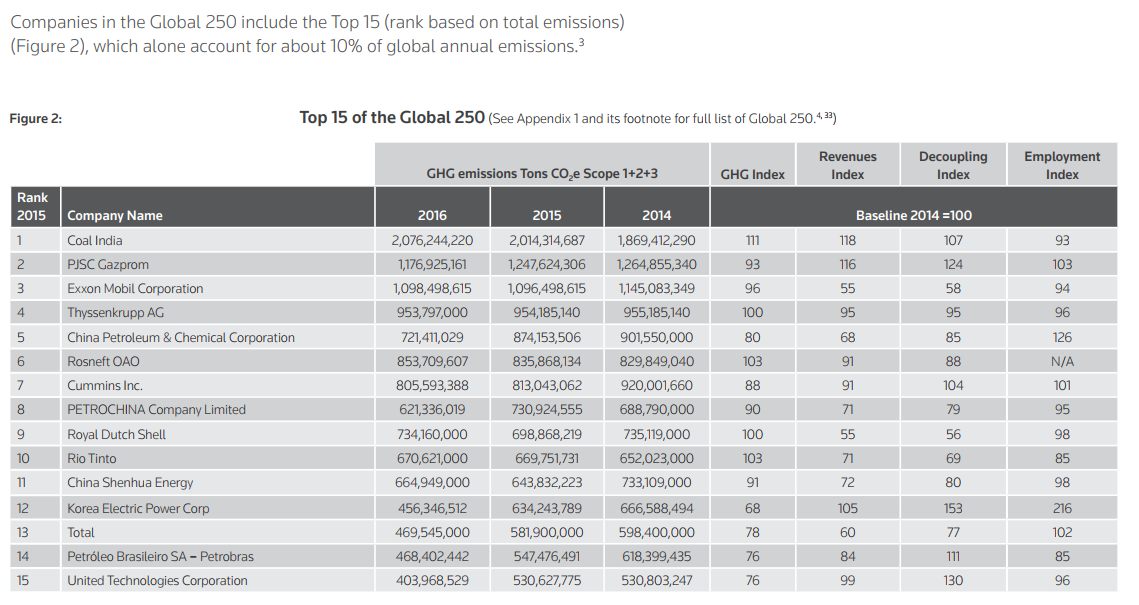 “Without continual reduction in emissions from this group of companies, effectively mitigating the long-term risks of climate change is not possible,” according to the study, a Thomson Reuters Financial & Risk white paper.

In the past three years, emissions from the group of 250 had been flat “when they should have been going down by roughly three percent per year” to limit temperatures in line with goals set by the 2015 Paris climate agreement, it said.

The report, written in collaboration with Constellation Research & Technology, emissions tracking group CDP and BSD Consulting, found the group emitted a third of world carbon emissions and that only about 30 percent of the 250 firms had set strong goals to curb them.

Under the 2015 Paris Agreement, almost 200 nations promised to curb emissions to limit more heat waves, downpours and rising sea levels and said they would work to involve the private sector.