Major cities, including Copenhagen, Prague, and Umea, have signed the European Circular Cities Declaration, recognising the need and the role cities play to accelerate the transition to a circular economy in Europe.

The Belgian cities of Mechelen, Ghent and Leuven are among the signatories. There are no Dutch signatories yet.

“The Foundation is delighted to have participated in the development of the Declaration. It’s exciting to see a diverse range of cities across Europe making the commitment to transition to the circular economy, and we look forward to working with our partners to ensure a more resilient future.” – Ashima Sukhdev, Government and Cities Programme Lead – Ellen MacArthur Foundation

“I am proud to be one of the signatories for this very important Declaration. It gives Umeå a clear direction for our work with circular economy and connects well with our city’s goal to become climate neutral in 2030.” – Hans Lindberg, Mayor of Umeå

The Declaration offers several benefits to cities and regions willing to take that lead. As signatories they will become part of a powerful, unified group that will help raise awareness of the long-term business, societal, and environmental, benefits of the circular economy, and contribute to the development of a supportive framework. In doing so, these cities and regions will have the opportunity to collaborate with like-minded local governments and gain access to the implementation support of expert organisations from across Europe.

The Foundation is proud to have been part of the development of the Declaration alongside a broad group of European organisations committed to enabling the transition to a circular economy at the local level, including ICLEI – Local Governments for Sustainability, Circular Flanders, CSCP, ECERA, the European Investment Bank (EIB), Eurocities, LWARB, UN Environment Programme, and the WCYCLE Institute. 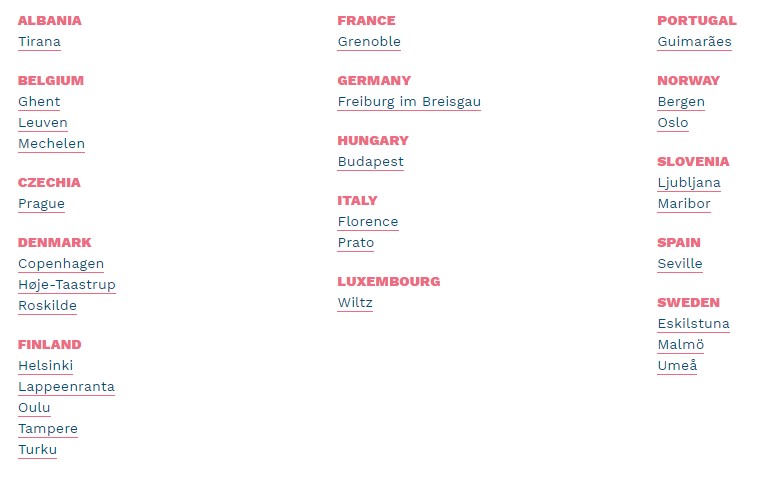