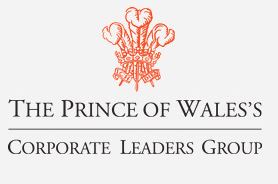 Leading international companies with operations in Europe have written to European environment, climate and energy ministers ahead of the June Environment and Energy Council meetings, urging them to support a continued focus on action to tackle climate change. The letter, sent today, says that the EU must continue to demonstrate leadership on climate change in order to drive jobs, growth, and investment, and remain competitive with other major economies. It highlights the increasing ambition of emerging economies such as China and India and the need for continued leadership from the EU if European industries are going to survive in the competition for low carbon goods and services.

“We know the future of our business will be low carbon: it’s the only future that allows us to create a viable as well as prosperous future for all. The transition to a clean future is inevitable, but it must be significant and swift in order for EU economies and businesses to remain globally relevant and competitive. We need European ministers to set a clear and ambitious policy framework, including an adequate energy efficiency target, that gives a clear and immediate imperative for investment in our sustainable future.”

“This letter is a timely reminder that Europe’s leadership on climate is being challenged by the large emerging economies, and that a strong, ambitious policy framework is needed to help European industry transition to the low carbon economy required to meet the Paris Agreement.”