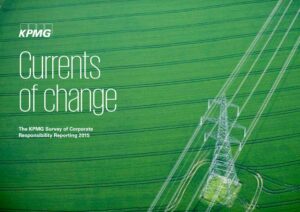 Carbon reporting from the world’s largest companies lacks consistency, making it almost impossible for stakeholders to compare one company’s performance easily and accurately with another’s, according to the 2015 edition of the KPMG Survey of Corporate Responsibility Reporting.

For example, only half of the G250 (53 percent) state carbon reduction targets in their company reports and, of these, two-thirds provide no rationale to explain why those targets were selected.

Around half (51 percent) of the companies that do discuss carbon in their company reports refer readers to further detailed information in alternative sources such as the CDP database for investors. The other half does not.

“All stakeholders should be able to access good quality, comparable information on a company’s carbon performance quickly and easily from the company’s annual financial or corporate responsibility reports. That is simply not the case today,” said Wim Bartels, a partner with KPMG in the Netherlands and KPMG’s Global Head of Sustainability Reporting & Assurance, is the lead author of KPMG’s survey. “There is a clear need for improvement and global reporting guidelines on carbon could help to address this problem. It should not be left to companies alone to figure this out; industry bodies, regulators, standard setters, investors and others all have a role to play.”

KPMG’s study follows a recent proposal to the G20 by the Financial Stability Board for a task force to develop consistent climate-related disclosures for companies to help lenders, insurers, investors and other stakeholders to understand material risks.1 The Climate Standards Disclosure Board (CDSB) has also introduced a voluntary framework aimed at helping companies include investor-relevant climate information in mainstream financial reporting.2

KPMG’s researchers devised a scoring methodology based on these guidelines which they used to assess the quality of reporting from each of the 250 largest companies. Key findings include:

• One in five large companies in high carbon sectors such as mining, construction and chemicals do not report on carbon in their annual financial or corporate responsibility reports.

• European companies have a higher quality of reporting on carbon than companies elsewhere in the world.

• Companies in the transport and leisure sector produce the highest quality reporting on carbon by sector, and oil & gas companies the lowest.

• Only half the companies that report on carbon in their annual financial or corporate responsibility reports explain how cutting carbon benefits their business.

The KPMG Survey of Corporate Responsibility Reporting includes a view of global trends in CR reporting based on analysis of reporting by 4,500 companies across 45 countries.

The highest rates of CR reporting are now found in emerging economies such as India, Indonesia, Malaysia and South Africa. These high rates are often driven by regulation, either from governments or stock exchanges.

The research also shows that it is now standard business practice to include CR information in the annual financial report – more than half (56 percent) of the 4,500 companies studied do this.