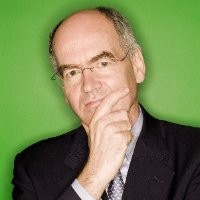 Getting your definitions right is part of the art of driving sustained and effective change. I learned that by launching terms like ‘Green Consumer’, ‘Green Growth’ and the ‘Triple Bottom Line’ – and helping build the global ‘Sustainability’ movement. If a new concept starts to break through, it gets defined – and redefined – in ways that lead to growing confusion and disillusion.

So with my twentieth book – Green Swans: The Coming Boom in Regenerative Capitalism – due to be launched in April by Fast Company Press, let me be clear about what I mean by that term, “Green Swans”. Already we see alternative definitions coming up, as in recent contributions from Bloomberg, the Bank of International Settlements and Australia’s Financial Review.

The Green Swans concept, at least as I intend it, clearly riffs off the work of Nassim Nicholas Taleb and, specifically, his book The Black Swan. As Wikipedia explains, Taleb defines Black Swans as having the following characteristics:

So the climate emergency – which we now see described by the Bank of International Settlements and others as a “Green Swan” – is in fact still very much a Black Swan by Taleb’s reckoning. Or perhaps a “Gray/Grey Swan”, in the sense that can now see it coming.

So here, for the record, is a quick sketch of what I mean when I say “Green Swans”:

Green Swans are extraordinary—in the sense of out-of-the-ordinary forms of progress—driven and shaped by positive exponentials. In a counterintuitive pairing, they often rise phoenixlike out of the ashes left by Black Swans. Think of the way the natural world can recover and flourish after a volcano erupts or after destructive fishing pressure is removed. However, generally Green Swans are less likely to take us by surprise, as we typically have to plan for and work toward them over a considerable period of time.