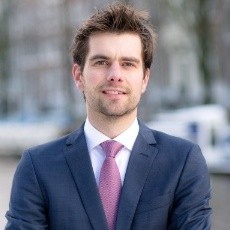 “Companies can’t succeed in a society that fails” became a popular phrase among CEOs illustrating why they believe in stakeholder capitalism rather than shareholder doctrine. By causing markets around the world to crash, the coronavirus (COVID-19) proves this statement to be painfully true. When society is hit, companies are hit and vice versa. As the crisis evolves, the pledges made by CEOs to consider the interest of all stakeholders, not just their shareholders will be hard to keep but more critical than ever. As Paul Polman put it ‘This is a test for business, and it’s one that it must pass’. Now more than ever before this is the time for companies to serve.

Large and influential companies play a huge role in today’s society. Large multinationals employ hundreds of thousands of people, if not millions, throughout their supply chain. These are often among the most vulnerable people in society: a warehouse worker in Birmingham, drivers trying to make a living in the gig-economy, and the millions of women working in garment factories across South East Asia.

This makes companies a vital part of the fabric that holds societies together. But how strong is this fabric and how much are companies willing to invest in our social fabric when its strength is tested? We see some companies leading. Alphabet Inc. providing sick leave to all its affected workers globally, including temporary staff and contractors. Unfortunately, we also saw Amazon doing the complete opposite: as one of the world’s most powerful companies, it didn’t commit to protecting its temporary workers but organised a fundraiser instead. Effectively, asking society to deal with it.

The difference in response reflects the difference in leadership of these companies and their view on the role and responsibility of business in society. But this is only part of the answer. CEOs are not spending their own money, but the money investors have trusted them with. This means companies need the support of investors. This requires investors belief that their success too, depends on the success of society. If investors don’t support companies, or worse, call on companies to exploit the crisis – as we saw with Banks Pressuring Health Care Firms to Raise Prices on Critical Drugs, Medical Supplies for Coronavirus – no kind of leadership can save us.

Technology and pharmaceutical companies are the outliers in this crisis, unlike the majority, some tech companies might benefit from this crisis. This means these companies should lead the way by really taking into account the long-term interest of all their stakeholders in time of crisis. For other sectors, such as airlines or aviation, this crisis may be too deep and intense for them even survive.  At some point these companies may be forced to call on governments to support or even bail them out.

How should governments respond? A good place to start would be to ask what value these companies have created for our society. When the answer is questionable, but the company is nevertheless saved in the interest of its workers, government should use the bailout to impose requirements on companies. Companies that receive government support, should be asked to commit to living wages, pay their fair share of taxes and set net-zero emission targets.

This means the coronavirus is not just a test for companies. It will put investors and governments to the test as well. Companies need to prioritise their workers, investors need to give companies breathing space to focus on the long term, and government need to make their support to companies that need it conditional to companies setting sustainability targets. If they do so, they respond to this crisis in a way that helps capitalism realign with society. If they don’t, today’s capitalism will continue to drive us towards growing inequality, biodiversity loss and a climate crisis. If we leave these immense global challenges unaddressed in our collective response, they might very well lead us to the next global crisis.