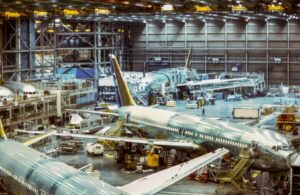 Despite adopting ambitious goals over the past decade the aviation and aerospace industry is not on-track to meet any of its goals, according to new research by the Rocky Mountain Institute released yesterday. In the past decade, airlines and aerospace manufacturers have adopted ambitious goals, such as committing to yearly efficiency gains of at least 1.5%, meeting growing travel demand without net emissions, or reducing total emissions to 50% below 2005 levels by the year 2050.

However, according to new research, the industry is not on track tincreasing o meet any of these goals. Aviation grew at 5% a year from 2014-2017. Further, there are no firm timelines for commercializing revolutionary aircraft design. Sustainable aviation fuel (SAF) is less than 0.01% of global consumption and isn’t becoming available on commercial flights fast enough.

“This research clearly shows that the industry needs to re-think how it intends to address its emissions crisis, ” says Adam Klauber, director, Rocky Mountain Institute. “By 2020, carbon emissions from aviation will reach 1 gigaton per year with the industry contributing between 3% and 9% of annual global emissions. This climate disruption won’t wait for incremental action.”

Rocky Mountain Institute is planning a Solutions Workshop for broad industry participation. The two-day forum will be held in New York City in late spring 2019 to address the challenges identified in this research.