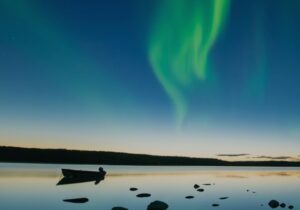 A disorder-structured device made of pulverized coal can be used as the basis of sun-powered, sustainable water desalination. The invention developed by Dutch start-up PERA Complexity, named D-SAL, could sustainably provide fresh water to the 475 million small farmers living in coastal and rural drylands, the poorest and most at-risk group of the 3.6 billion people around the globe facing water shortages.

The technology developed by Dutch start-up PERA Complexity, in collaboration with the University of Zurich (UZH) and with Prof Andrea Fratalocchi from KAUST (King Abdullah University of Science and Technology) has the highest overall efficiency to date for solar desalination technologies, measured in hourly freshwater production per unit-cost of material. PERA and its commercial partners are already progressing towards implementing a field demonstration in the rural, semi-arid region of Northeast Brazil.

“To assist water flow into and through the CCP, the team incorporated cotton fibers through the material. The CCP’s raw materials are abundant in nature and low cost, as well as light-weight, versatile, and highly scalable from the fabrication point of view,” explain PERA’s collaborating postdocs, Marcella Bonifazi and Valerio Mazzone, from UZH. “The device produced fresh water at a record-breaking 12-15 liters/day/m², three times more than a traditional solar still and around one-third the cost of current state-of-the-art solar desalination technologies, Marcella adds.

Using Complexity-based algorithms, the team began simulating and exploring configurations implementing abundant, sustainable, and inexpensive materials for a water evaporation adsorption process. The team found that coal or sustainably derived coal (charcoal) would be the ideal candidate. The team then experimentally used carbonized compressed powder (CCP), a microporous material produced by creating a hierarchical disordered network of nano and microchannels in the coal, to create a device that efficiently desalinates brackish and seawater.

D-SAL is a distributed, modular system, which is ideally positioned to serve coastal and rural dispersed populations and communities. Prolonged droughts are becoming more frequent, aggravating the problem of water scarcity and insecurity. According to UN-Water, “access to water for agricultural production, even if only for supplemental watering of crops, can make the difference between farming as a mere means of survival and farming as a reliable source of livelihoods.”

“One important characteristic of Complexity science is its embedded relation to the structure of a system. With years of work in the field, our team was able to characterize many possible structures and configurations leading to a sustainable relationship between energy–natural resources. By using a 100% sustainable non-thermal fabrication process, we achieved a highly efficient and cost-effective relation between carbon atoms, surface area, solar energy, and water, all interacting in a complex coal structure,” explains Dr. Aluizio M Cruz, co-inventor of D-SAL and co-founder of PERA Complexity.

“Often, people become so accustomed to the specific ways they use an object that they grow “fixated” on how they are supposed to solve problems. Such ‘functional fixedness’ inhibits thinking that requires using objects in non-traditional ways, hindering potential pathways that could address challenging problems. Complexity theories, on the contrary, leverage creativity arising from divergent thinking, thinking that is open-ended and involves a large manifold of potential solutions. In a complicated problem such as the detrimental effects of fossil fuels in climate change, maybe we should ask ourselves: can we use coal in a non-traditional context?” says co-inventor and leader of the study Prof. Andrea Fratalocchi.

“D-SAL goes to where people live and work, a simple 16 m2 D-SAL system installed at a family farm can produce enough water to meet the drinking, cooking, and vegetable-watering needs of a typical rural family of four”, says Valdemar de Oliveira from WTT Foundation.

As mentioned by Sean McKaughan, Board Chair of Fundación Avina, “in light of the existing challenges of access to drinking water and the reality of a changing climate, we urgently need to deploy new technologies like the one developed by PERA Complexity that can increase secure access to freshwater for millions of families in need.”

“PERA is aiming at implementing a field demonstration in Brazil for brackish water desalination. In these semi-arid, underserved rural areas, D-SAL is more cost-effective and sustainable than existing technologies, as it offers a solution that is less capital intensive, simple to operate, doesn’t require electricity, or chemicals, and generates less brine discharge. D-SAL is projected to cost 55% less on a per liter basis than reverse osmosis plants operating in these contexts. For millions of people in Brazil’s semi-arid northeast region and the many other similar dry regions of the world, D-SAL represents a drought-resistant, permanent solution not only for meeting drinking and cooking needs but also for food production and income generation”, says Quelita Moreno, co-founder of PERA.

Based in Amsterdam, Netherlands, PERA Complexity is a startup founded in 2019 by CUP Sciences Inc (California, USA), in alliance with Fundación Avina and WTT Foundation. After more than a decade of research and development in the science of complexity and chaos by its founders and scientific collaborators, PERA Complexity was incorporated to start the deployment of disruptive technologies in various fields, such as water desalination, energy storage and transmission, solar fuels, and cyber security.