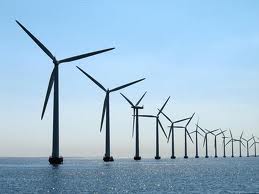 Clean energy investment rose for the first time in three years in 2014 as China’s support for solar power and record spending on wind farms overcame a slump in oil prices that unsettled the outlook for the industry.

New funds for wind, solar, biofuels and other low-carbon energy technologies gained 16 percent to $310 billion last year, according to data compiled by Bloomberg New Energy Finance. It was the first growth since 2011, erasing the impact of lower solar-panel prices and falling subsides in the U.S. and Europe that hurt the industry in previous years.

“Healthy investment in clean energy may surprise some commentators, who have been predicting trouble for renewables as a result of the oil price collapse,” said Michael Liebreich, chairman of the advisory board of the London-based researcher. “Our answer is that 2014 was too early to see any noticeable effect on investment. The impact of cheaper crude will be felt much more in road transport than in electricity generation.”

The findings ease concerns that the oil price rout that began in the middle of last year would lead to a sharp reduction in funding for low-carbon energy supplies that are more costly than fossil fuels. The WilderHill New Energy Global Innovation Index tracking 105 clean-energy equities tumbled almost 19 percent since March as oil depressed natural gas in the U.S. and Asia.

Electric car sales probably will be first to feel the impact of cheaper oil, which has reduced the cost of gasoline and made conventional cars more economical. Investment in biofuels, which are blended with gasoline to help cut emissions, was one of the few clean-energy segments to suffer a decline, dropping 7 percent to $5.1 billion.

Almost half of investment went for solar, which rose 25 percent to $149.6 billion in 2014, its highest share of the total ever. Funding for wind power grew 11 percent to $99.5 billion, a record, largely because of support for multibillion pound offshore projects.

China was the biggest single contributor among the major markets for renewable energy, increasing its investment 32 percent to $89.5 billion. The nation has become the top market for solar power and one of the largest for wind after ladling out support for the industries to diversify its energy supplies.

The U.S. boosted its investment 8 percent to $51.8 billion, the most since 2012. Japan, which has become the second-biggest market for solar power, lifted funding for renewables 12 percent to $41.3 billion. In Europe, which led the industry in installations in the first decade of this century, investment grew 1 percent to $66 billion despite funding for offshore wind.

Reflecting a shift away from large, centralized power stations to smaller, local facilities, investment in so-called distributed power swelled 34 percent to $73.5 billion. That will weigh on utilities that are under pressure to replace fossil-fuel or nuclear power stations with more intermittent and smaller low-carbon facilities.

New equity raised for clean energy companies on the public markets grew 52 percent to $18.7 billion driven by a succession of U.S. and U.K.-listed “yieldcos” and project funds.