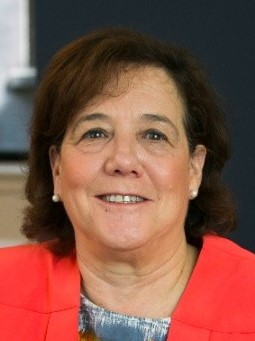 Thirty years ago, a massive Exxon Valdez oil tanker spilled nearly 11 million gallons of oil into the pristine Prince William sound off Alaska’s coast, affecting 1,300 miles of coastline. It was the worst oil spill in the history of the United States. Local ecosystems were devastated, hundreds of thousands of birds and fish were killed, and the corporation was hit with more than a half billion dollars in liabilities. 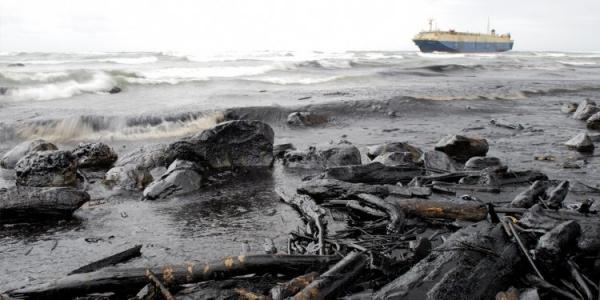 Just one year before, Americans heard congressional testimony about a buildup of carbon dioxide and other industrial greenhouse gases that were gradually warming global atmospheric temperatures and starting to change the climate. In cities across the U.S., residents complained of smog and air pollution that were limiting their visibility and harming their lungs. Congressional leaders responded with amendments to strengthen one of the most important environmental laws to regulate air quality, the Clean Air Act.

The devastating news of the oil spill also struck a chord with a small group of investors who knew there had to be a better way of doing business. These investors, led by pioneer Joan Bavaria, began to mobilize as a coalition, bringing together other investors and environmentalists to re-evaluate the role and responsibility of companies as stewards of the environment and agents of economic and social change. The coalition, initially named the Coalition for Environmentally Responsible Economies, later became known as Ceres. 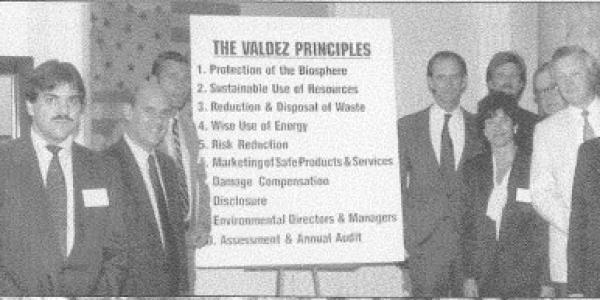 Within just a few months, these founding investors worked with environmental groups to craft a groundbreaking code of conduct for companies called the Ceres Principles (originally named the Valdez Principles). Ceres then co-founded the Global Reporting Initiative (GRI), setting the standard for corporate sustainability reporting, now a mainstream practice used by nearly 13,400 companies. Within a decade, environmental and social issues were being considered and reported on as corporate financial imperatives, not merely externalities. The new frameworks for reporting highlighted the risks and opportunities – providing the tools to not only measure corporate performance on environmental, social and governance (ESG) issues, but also act on them.

Over time, Ceres built networks of investors and companies and nonprofit organizations focused on improving corporate ESG disclosure and performance, fostering results demonstrating that superior ESG performance is directly correlated to stronger financial performance. Today, one of those networks, the Ceres Investor Network, is at the forefront of transformational corporate change with some of the most influential asset owners and asset managers in the global economy calling on the companies they own to address their exposures to climate and water risks. Through initiatives such as Climate Action 100+, a global collaboration with our regional partner organizations, investors are moving the largest corporate greenhouse gas emitters into alignment with the objectives of the Paris Agreement.

Investors also are demonstrating leadership in sustainable investment decision-making and policy advocacy. More than 400 investors have taken action in line with The Investor Agenda. This agenda, developed with our global partners, highlights investor actions such as: investing in low-and zero-carbon assets, phasing out investment in thermal coal, increasing climate-related financial disclosures, and backing stronger climate policies, such as putting a price on carbon pollution.

As we mark 30 years since the ground-breaking investor response to the Exxon oil spill, and Ceres’ founding, we must take stock of how far we have come, and how much we have achieved in tackling some of the greatest sustainability challenges. Investor action on sustainability is no longer a sideline endeavor. Investors working with Ceres have made real inroads shifting capital market systems and incentives to promote sustainability, including by addressing climate-related risks such as those associated with fossil fuels.

Yet there is much more work to be done, building on this strong foundation. In order to keep global temperature rise to no more than 1.5-degrees Celsius, consistent with the Paris Agreement, we must drive transformation at a pace and scale the world never has seen before.

We must all recognize the power of our investable dollars to accelerate the transition to a just and sustainable global economy that ensures a livable planet for all of us. Going forward, we need investors to step up their efforts and join an all-hands-on-deck effort by all economic sectors, all governments, and all segments of society.

Mindy Lubber is CEO and President of Ceres. Ceres is a sustainability nonprofit organization working with the most influential investors and companies to build leadership and drive solutions throughout the economy.