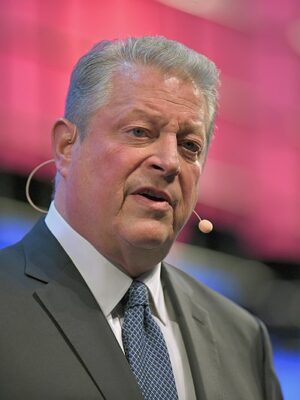 EcoVadis is thrilled to announce that Mr. Al Gore, former Vice President of the United States, will be joining the event Sustain 2021 on March 8 as a keynote speaker, bringing the discussion around climate advocacy to a new level.

Al Gore is the cofounder and chairman of Generation Investment Management, and the founder and chairman of The Climate Reality Project, a nonprofit devoted to solving the climate crisis. Serving as the 45th vice president of the United States for eight years, he is the author of the #1 New York Times best-seller “An Inconvenient Truth” and has recently published his newest title “An Inconvenient Sequel: Truth to Power.” In 2007, Gore was awarded the Nobel Peace Prize, along with the Intergovernmental Panel on Climate Change, for “informing the world of the dangers posed by climate change.”

EcoVadis is beyond excited to have one of the world’s leading business visionaries and environmental activists present at Sustain, this annual conference taking place on March 8-9 for anyone at the intersection of sustainability and procurement.