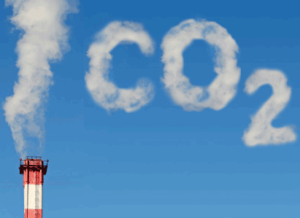 As nations grapple with how they can slash their emissions as part of the Paris climate agreement, some may use international credit schemes that were approved in the treaty process. A new report from the European Commission casts serious doubts about such credits, however, concluding that the vast majority of them likely fail to actually reduce emissions.

The report, which was written last year but not published until this April, concludes that buying and selling emissions credits for overseas projects should be limited to a select list that meet rigorous standards, and used only as part of a transition to more effective policies for mitigating greenhouse gas emissions.

DJ: Plays “Knuck if You Buck” Nobody: All Orgs & D9 of a HBCU: ⬇️ #MVO pic.twitter.com/9xPkBHwPde

“When You Realize You Gota Shit” #MVO pic.twitter.com/DP0tYlJVAP

One week until the release of my first album ‘Homesound’. Here are the tracks! Out into the world on Oct 31st 😎 #homesound #mvo #newmusic #mvomusic #album #musician #producer #singersongwriter #guitarist #independentmusic #homestudio pic.twitter.com/jeWTywH4Vl